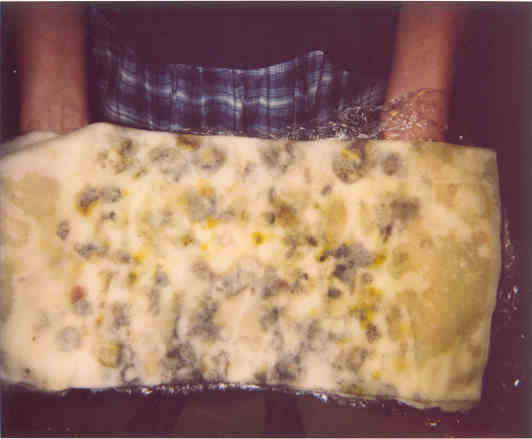 This is an extreme case. But nonetheless, don't let this happen to you. The picture above shows various forms of mold growing in a poorly treated wool castor oil pack. Don't use the same castor oil pack for extended period of months. Take proper care of it, and remember to dispose of it after approximately 30 uses. When castor oil becomes rancid it starts to thicken, which, mixed with body sweat, can cause it to begin to grow pathogens.